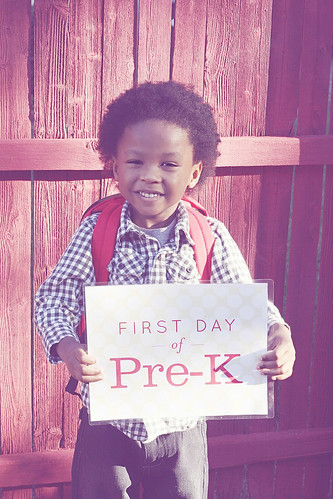 Greg and I have gone back and forth on the decision to send Jayden to Pre-K. Greg’s reasoning for sending Jayden to Pre-K? Prepare him for Kindergarten and get him socializing with other kids. Ok, I agreed with that, but felt he didn’t need full on Pre-K when he pretty much gets Pre-K at home. I wanted to budget for extracurricular activities instead of spending it all on something we are doing on our own.

So we pooted around comparing schools and learning centers and we found a center that would work for us. We could enroll him when we wanted and choose which classes to put him in. Many of the classes have seasonal themes so he’ll be able to discover through creative crafts and activities. There are also dance and music classes he can enroll in later in the year. I love the variety of classes, they allow for him to be well-rounded.

I’m particularly excited about the crafts, because I suck at them. I am OCD about messes (playdough in the carpet, paint spills, coloring on walls and furnishings, cutting things other than paper, etc.). Most it of comes from renting, wanting all of our security deposit back and not wanting to have to replace anything whether our property or theirs. So I’m really happy to see him getting more crafting in… which I don’t have to bother cleaning up ;-).

He goes to class twice a week for two hours each. We aren’t getting a break so much, but he has something exciting to look forward to a few days a week. His first day was last Monday and he didn’t want to leave. Second day, same thing. We have to almost drag him out. So far so good. He loves giving his classmates hugs and kisses because that is what he’s used to, but we now have to teach him about kid germs, and the fact that everyone doesn’t want to be hugged and kissed and may react differently. Which leads me to a post for another day… enrolling him in Martial Arts. 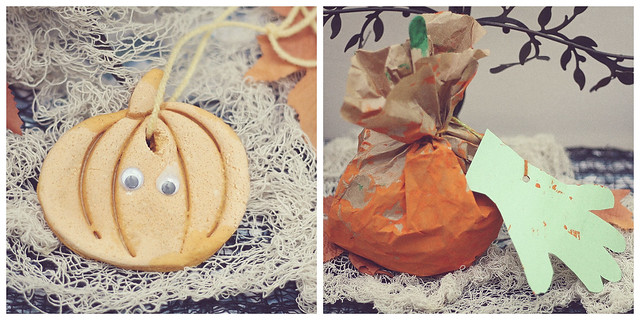 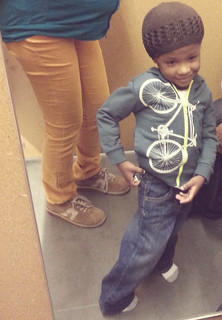 I figured it’s been a while since I’ve written updates on Jayden, so I think I’ll add some updates here.

Aside from starting Pre-K, his Eczema is gone and I will write about all of what we did to zap it. I’ve pulled down some of my Eczema posts just because I don’t want to confuse anyone with my past experimenting.

I’ve developed a perfect little routine for his hair. Some of you have been asking about the products we use, so I’ll be writing a post about our simple routine and product favs.

He is growing tall. He is in the 75th percentile for height and 50th percentile for weight. We recently cleared out his drawers because everything was too short. The photo on the left is of him trying on his new jeans.

We also had to buy him new shoes for the season because his feet are getting long, but they are still chunky, lol. All this growing is attributed to his big appetite. It feels like we are always at the grocery store because he’s cleaning us out. Seems like he’s hungry every hour. Growing up, I had the freedom to eat all day long so I’m certainly not stopping him. I believe now is when kids start getting expensive…