I have come to the conclusion that I cannot keep up with the regularly scheduled pregnancy photos and updates… personal updates for that matter. Makes me feel bad, but I can’t dwell on it. All I can do is keep trying. I will, in a separate post, share photos that I’ve taken throughout the pregnancy and a month-to-month belly comparison between Jayden and “tiny human“.

Sooo I saw the OB at 30 weeks and measured at 31 weeks. I will now start visits every 2 weeks. Being due on Thanksgiving, I asked how/if that would affect delivery. I want a smooth, natural birth, so I don’t want any stripping of my membranes, inducing, or scheduling of any kind. There are 3 OB’s at my office, on the rare occasion I may see another if my primary OB is out delivering a baby… and this time, he was on his way out the door.

I am comfortable with both OB’s, they are very gentle and laid back. They don’t have those “my way or the highway” attitudes. My next visit will be with another OB, a woman whom I haven’t met yet, but have heard good things about. The reason for seeing so many OB’s is just so I am familiar with them all just in case one of them isn’t available when I go into labor. You just never know.

So we thought we had baby clothes covered, but since Jayden was born in the Spring, we have no newborn Winter clothes. Taking out the baby boxes stressed me out a bit, but we’ll just take a fun trip to the outlet mall to shop for baby ;-). We’re starting to spruce up our room in preparation for the baby. I made a firm goal to do this because our room was a disaster and it was time for us to have a room that halfway looked like adults sleep in there. Plus, we I wanted to spruce it up for the baby since he’ll have a little space in there.

It just doesn’t feel real. Like for serious, I’m going to be a mom of 2? I was in denial during my pregnancy with Jayden. Every little symptom I blamed on coming off of the Depo shot. Becoming a mother was something that that I REALLY wanted and I felt would be in the far future considering all the hoops I still had left to jump through (finish school, start a career, buy a house). All of that was not coming fast enough. And here we are about about to expand our family. Jayden will be 5 in April (OMG). We were hoping to have kids closer together, but we wanted to make sure things were in order and again (finish battling Eczema, get it together mentally, make more money). It seemed like THAT took forever.

The Planning & Finding Out

One day in 2011, Greg suggested that we should plan to get our ish together by March 2012, so that we could start planning for baby #2. Things were looking up, Jayden’s Eczema battle was just about over, and he had become self sufficient. On January 17th, I decided to have my Mirena removed… because I needed that thing out stat. My cycle returned and according to my fertility app and ovulation strips, I started to ovulate on the 30th.

Soo we tried on my fertile days and waited. Period came on time in February and I was a little grumpy, but understood that conceiving wasn’t going to be an instant process. Ovulation came around again in February and we attempted a second time. I waited a week and decided to test… impatiently. My breasts had been very tender and I had a bout of exhaustion. Seven days past ovulation day 1 and trying, we had a very faint positive.

I stared at that test to make sure my eyes weren’t playing tricks on me, then I called Greg to verify. He saw what I saw, gave me a high five and said, “Good job!” From then, I took about 11 more tests to be sure. We had conceived by March, per our original plan, but a few days too early for the girl Greg was hoping for. Ahh, maybe next time!

When things happen ever-so-perfectly, I ask myself, “Why?” I often wonder what’s going to go wrong whether it’s financial, something breaking, whatever. I’m always trying to figure out what I deserve a punishing for, because usually when I do dumb stuff (not that I have lately), it comes back. Hello, karma. I’m just so used to having my guard up at all times because of the past. I also realize that life isn’t all rainbows and fairy tales and I am not exempt from bad things. No one is. Not even the folks with the strongest sense of faith. When I was pregnant with Jayden, everything was all happy happy, joy joy. I was naive and super excited. Now, thanks to parenting/medical sites, blogs, etc., I know TOO much. Anywho, I had my doubts and mentally prepared just in case, because I’d rather have built some strength than to blindly have a ton of bricks come crashing down on me.

I’ve been really feeling myself during this pregnancy, catching extra glances in the mirror and what not :-). But between the extra mucus production, occasional constipation, gas, involuntary leaking of fluid and pee, and the belly being a special guest during intimacy, it’s sometimes hard to feel sexy. Sorry for the mental picture, buuut come on, you know it happens. I find myself at times feeling all perky like, “I’m going to have so many babies because this is so invigorating and empowering, weeee! Baby making machine for life!” and at other times, I’m like, “Really? I have to go through this how many more times? And it may get worse each subsequent time? And my grandmother did this 11 times with little technology? Pfft.” 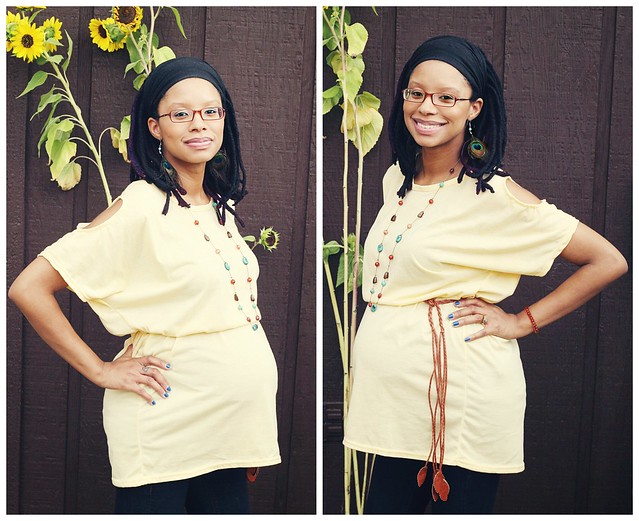 So that’s what’s been going on with the pregnancy. Jayden is excited to be a big brother and makes sure he kisses the baby at least 3 times a day. He says things like, “The baby needa come out.”, “The baby luffs me.” and “The baby is squishy.” Man, when I post these updates, they sure do get long, but I am feeling refreshed now that I’ve had a brain dump.

Holding On To The Teeny Diaper Days