“Are you a cool mom?”, Greg asked during one of our random conversations. My reply? Yes because I’m baking brownies tonight. Later that day, we headed to Walmart with intentions of picking up some ingredients for homemade brownies. While in the baking aisle, I spotted Ghirardelli brownie mixes. They were surprisingly cheaper than Betty Crocker. I grabbed them and in my head, I declared myself a cool mom. Why? Well, because I try my best to cook from scratch but I haven’t been in the mood. Because of this, I’ve been putting off certain meals and treats, but grabbing that box of brownie mix was a redemption of sorts. Sometimes you have to take shortcuts when it means staying afloat and having more time for family.

With one of the boxes of brownie mixes, I decided to try out a neat trick I saw in a magazine; baking inside of an orange peel. Did you know you could cook eggs inside of orange peels too? That’s next on my list of things to try! Anyway, back to the brownies…. they were delish! Chocolate and orange go surprisingly well together. I baked these on the grill and the aroma that wafted through our backyard and into the kitchen was divine. Jayden could barely wait until they were done. He dug right in once they cooled off.

Have you ever baked inside orange peels? The instructions are below. Let me know if you try it! 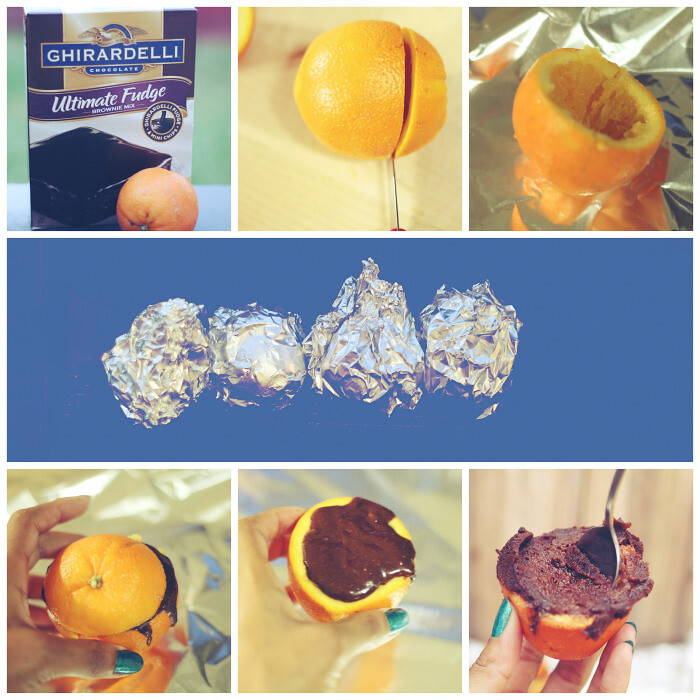 Prepare brownie mix. Slice 1/4 of an orange off. Scoop out as much of the orange pulp as possible, leaving the peel as a shell. Fill orange shell with brownie batter over foil. Top orange shell with the small piece of orange previously sliced. Wrap orange in foil and place on preheated grill. Let bake for about 20 minutes.

As a participant in the Walmart Moms Program, I’ve received compensation for my time and efforts in creating this post. All thoughts and opinions are my own.