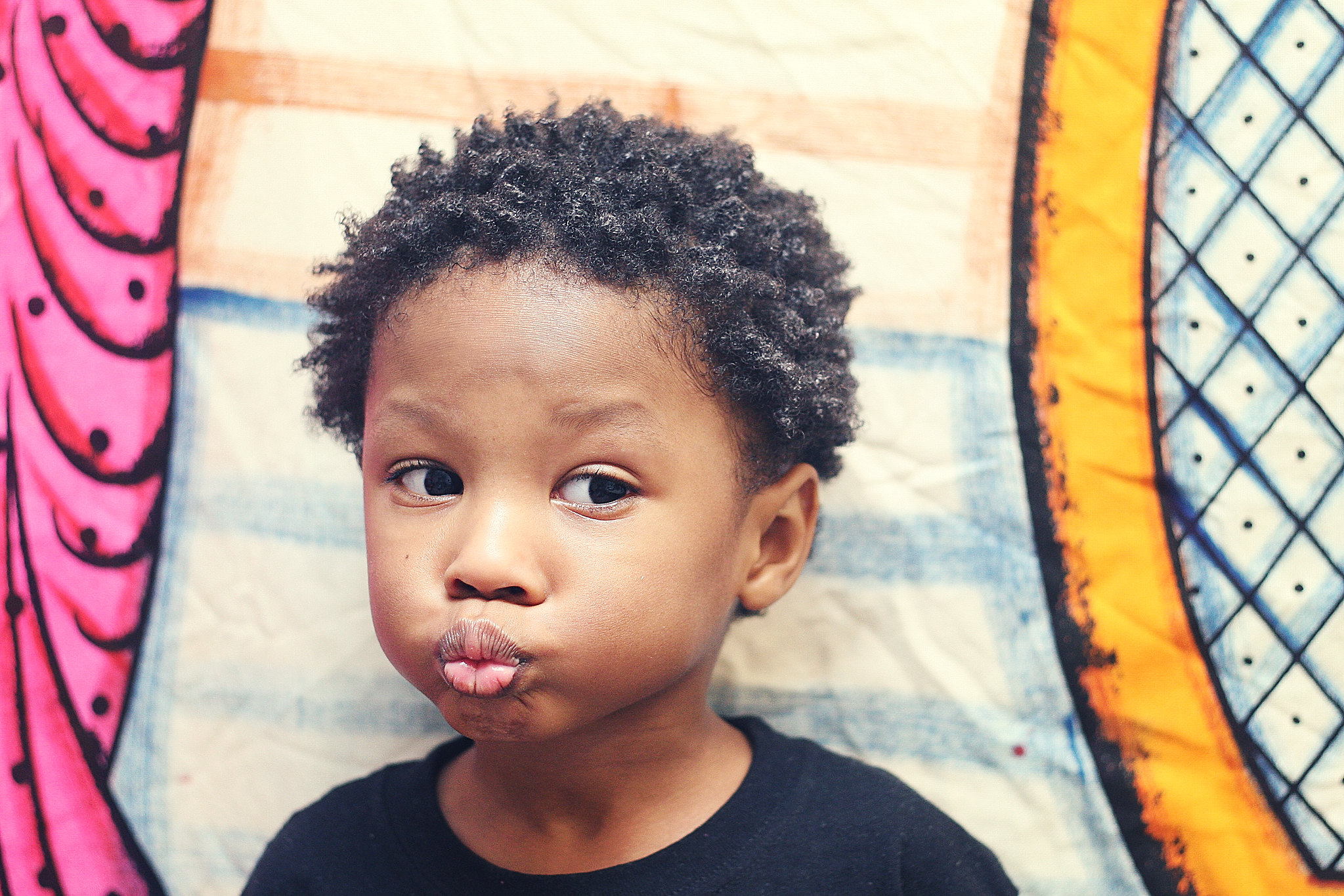 Jayden is my little mini-me. There’s no doubt about it. And the relationship that we have is unique to us, mother and son. He looks just like me as most boys resemble their mothers. My family refers to him as “Little Sheena” and often point out that he even has the same mannerisms as I did when I was his age.

The relationship and resemblance between Jayden and I is something that Greg would love to share with his (unconceived) daughter. The Daddy Daughter relationship is so special. It’s one that I wasn’t fortunate enough to have, but I would love to live vicariously through my daughter. I know how much Greg wants a daughter and while there are many factors that go into gender, I promised I’d do whatever I naturally can to try and give him his baby girl.

As silly as it sounds, we’ve been researching ways to conceive a girl and we’ve found some interesting information. The consensus is that conceiving a girl is a well-thought-out romantic procedure that is precise and a little stressful (but I’m willing to commit). And conceiving a boy is as simple as the spontaneous hot and wild rendezvous during lunch *smirk*.

How to Conceive a Girl

Dr. Shettles, author of How to Choose the Sex of Your Baby, believes that timing of conception is the biggest factor in determining the sex of a baby. Studies have shown that Y-chromosome sperm (boys) are faster swimmers than X-chromosome sperm (girls). Girl sperm, however, are can survive longer in the reproductive tract than boy sperm.

So this means that couples are more likely to conceive a girl if they have intercourse every day for two to four days before ovulating and then abstain from intercourse one to two days before ovulation and a few more days after ovulation. So by the time of ovulation, all of the male sperm would have perished, leaving only female sperm to fertilize the egg. It’s super important not to have intercourse on the day of ovulation because this gives the faster-swimming male sperm a chance to beat the girls to the egg.

This method also requires the woman knowing her cycle down to the T to determine when she’s ovulating. I suggest visiting Fertility Friend, downloading a Fertility smartphone app, and purchasing a Basal Thermometer and some ovulation tests (Opk’s by Wondfo are super cheap & accurate).

Gender-prediction gurus recommend following a diet of acidic foods a few weeks before trying to conceive a girl. Eating acidic foods alters the pH balance in a woman’s body, which create conditions where girl-producing sperm will thrive in. Diet should also be high in calcium and magnesium, but low in salt and potassium (boys thrive on these foods).

Dr. Shettles believes that certain sexual positions that allow for shallow penetration can increase the odds of having a girl. The vagina is more acidic closer to its entrance and we’ve learned that male-carrying sperm don’t thrive well in acidic environments. Shettles recommends the missionary position for couples who want to conceive a girl, but encourages creativity :).

Shettle’s also believes that a woman’s orgasm plays a role in determining the sex of the baby. When a woman has an orgasm, her body releases a substance that increases alkaline levels. We know that an environment high in alkaline favors boys, so ladies better think about the laundry because hubby’s getting a freebie.

Amy Bell of Baby Zone interviewed two mothers and they agreed that well-planned, romantic intercourse will most likely render a girl and quickies all willy nilly will render boys. Interesting.

One mom said her daughter was conceived during a planned encounter with soft music and candlelight. And her son was conceived on her husband’s lunch break from work. There were no candles, no soft music… just a wham-bam, thank you ma’am.

The other mom said her daughter was conceived during regimented, planned sex in correlation to her carefully counted menstrual cycle days. “If you want a boy, your drunken husband should attack you on the living room floor on a random weeknight and you should have no idea where you are in your monthly cycle,” referring to how her son was conceived.

Warm Up The Jewels

Studies have shown that girl-producing sperm can tolerate warmer temperatures, and male-producing sperm, not so much. Excessive heat to a man’s scrotum will reduce his sperm count, but the boys will be the first to perish. General advice for increased fertility is to keep the little soldiers at a moderate temperature. But if you really want a girl, have hubby take a quick warm bath or participate in some other activity to warm up the jewels pre-intercourse.

The Chinese Lunar Birth Calendar has been around for some 700 years. When using the calendar, a baby’s sex can be determined by the mother’s age and the month in which she conceives. By crossing the month a child was conceived with the age of the mother at conception, it is said that you can determine the birth of your unborn child. Since I am 25 years old and want to have a girl, I should try to conceive in January, April, May, or July, according to the Chinese birth calendar. Jayden was conceived some time between July and August and the chinese gender predictor returned the result of a boy. Scary! I even entered my mother’s info for me and the results returned a girl. I don’t know whether to be excited or freaked out. Sidenote: The calendar is only designed to work only for women with calendar ages between 16 and 43.

So let’s recap. In order to conceive a girl, you must know your cycles like the back of your hand, make friends with acidic foods, keep hubby out of the deep end, enjoy making love (but not too much!) after he marinates in a warm bath on your appropriate Chinese lunar conception month.

I’ve always wondered why it seems like it’s so easy to have a boy. Look at what must be done to have a girl, goodness! We’re in a time where couples are more sexually aware, women are more in tune with their bodies, and well, sex is more advanced and more… wild and rushed. My grandparents had 7 girls and 3 boys between the 1940’s and 1950’s. Sex was not as liberating in those times, so maybe that’s how they got their 7 girlies? #thinkingoutloud

So what are your thoughts? If you can think back to your days of conception, does any of the above information ring true? I am just tickled and cannot help but to think of how people were conceived. Sidenote: I really don’t even want to have to mention this, but sometimes posts can veer off of their intended purpose. This post is not intended to poke fun at or judge those who have “good sex” or “bad sex”, orgasms or whatever and it should not be seen as an underappreciation for one gender. Every pregnancy is a miracle. Let’s not forget that. I’m just providing an avenue for a mature discussion with a side of giggles.